For the third feature of our Material Matters series, I spoke with Rossmore based ceramic artist Jim Turner. Jim used to be a board member here at the West Cork Arts Centre, with several of his exhibitions also having been featured here. Jim specialises in clay but is also proficient with other materials. He has successfully exhibited internationally, from the United States to Germany and of course on Irish soil. Most recently with a successful exhibition in China. 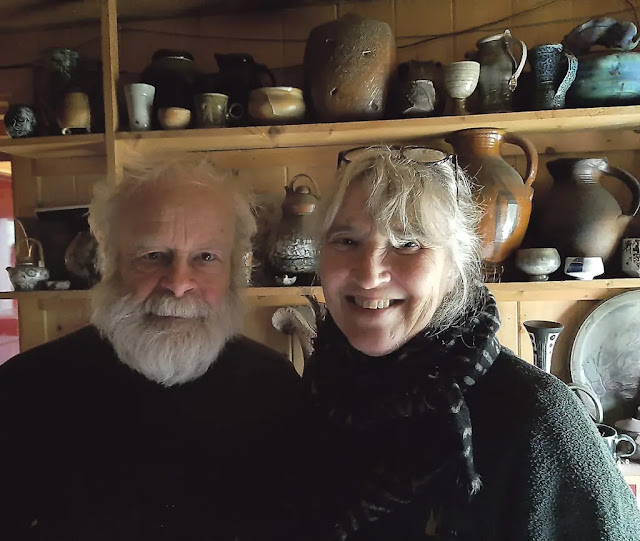 These days Jim focuses primarily on his and his wife Etain's studio, Rossmore Pottery. Jim and his wife have been makers in West Cork for 40 years. I asked Jim about his beginnings here.

''I first arrived delivering a yacht into Crosshaven in 1969. The next 10 years were spent finishing my degree in London, working in various pottery's from France to Connemara, interspersed with yacht deliveries. I met my wife in the Alderney Pottery. Things were totally different back then really. My wife and I started off by buying a ruined old farmhouse and piggery, which we converted into the studio workshop. I was working on a building site at the time so most of my time was spent either working or renovating the workshop. Once the workshop was done, we started off by making chimney pots as there was a big demand for them at the time. We also made pottery for craft shops when we could. We made a name for ourselves through that work which lead to requests from places like Blarney Woolen Mills. Those businesses requested a range of pottery from us in all shapes and sizes as that was what was popular in the 80s. That kept us very busy for a long time. For nearly 20 years in fact. There were times where we just wanted to work on one-off sculptures but at the same time we needed to make money so selling in bulk kept us afloat really. With that money, we eventually were able to afford a studio in the 90s. Demand wasn't as high around that time but I was teaching Sculpture and Ceramics in Rossa College back then which freed us up to be more selective with what we worked on in our studio". 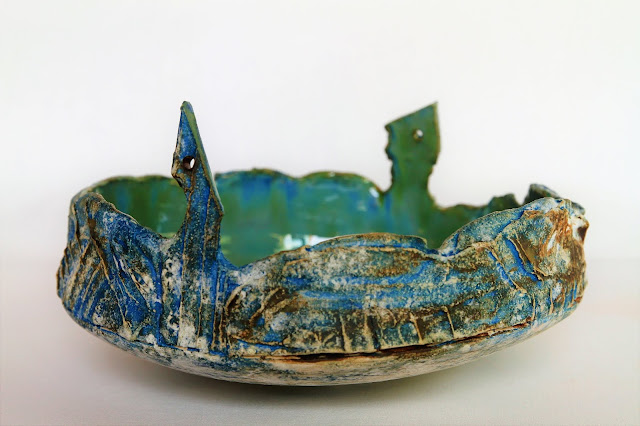 Jim and Etain are still making things to this day. Etain adds designs to the decorative ceramics Jim makes. As he is now 'retired', Jim says he has more time to 'play around with materials and experiment'. This involves adding such materials as cellulose, perlite, vermiculite, sawdust, wood shavings, various organic materials and even cement and metals to different clay mixes, for making sculptural ceramics. Jim spoke about the level of demand for his work these days, especially considering the Covid-19 restrictions.

"I mainly do commissions these days. We don't make as much money as we used to but I'm a pensioner so that doesn't matter as much" Jim laughed. "I also have more time to play around with materials and to experiment. I'm in the 'danger zone', so I spend most of my time indoors anyway so the lockdown hasn't really affected me as much. Well, I was working on a show and that had to be postponed unfortunately but what can you do? I have had more time to research further into subjects I find interesting. Like at the moment I have been reading up on the scientist John Stewart Bell and am planning on making sculptures about him and his work. It's been really interesting and enjoyable to learn about him and doing it at my own pace has been great. I'll be continuing to research that and other subjects over the Winter so ill see what comes of that. I've also been experimenting with paper clay recently and I'm hoping to display some of the work I'm doing with that in the Members and Friends show in the Art Centre next year". 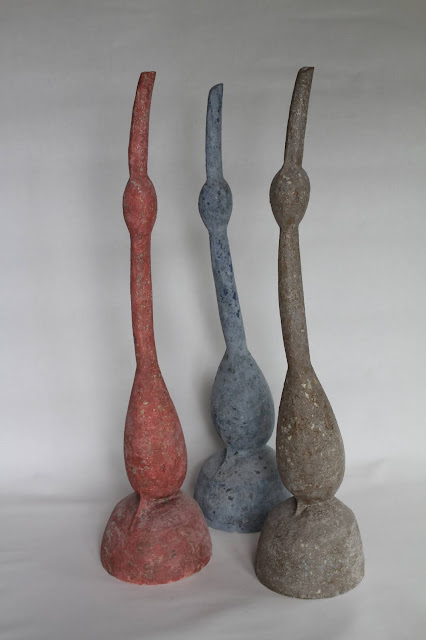 Jim has often worked collaboratively. He has recently completed a collaborative exhibition with artist and writer Brian Lalor entitled 'The Fertile Crescent' which was on display in the Blue House Gallery in Schull. In this work, Jim and Brian turned their attention to the tragedy in the Middle East where the ruins of the civilisations of the past were being destroyed. For this exhibition, Jim made a series of cylinder seals, which involved inscribing a clay roller used to impress calligraphy on to a clay tablet.

Jim's experience with creating is self-evident in his work. I asked Jim about what's different about being a maker these days compared to when he began.

"The whole thing has changed completely. The bad side of it is that you are now charged for having a studio. For example, I have a photographer friend that used to work out of a room in his own house for many years. Then one day all of a sudden he is being charged for that room as it is now classified as a studio. Then at the same time, I know some painters who arent charged at all so the whole thing seems totally arbitrary which doesn't make sense to me.

On the positive side of it, workshops for makers in many different disciplines became popular in the 2010s which is great. We try to host a workshop every year, through the society of Cork Potters with an international leader. This helps with the running costs of the studio. Social distancing precludes the event this year. There are so many people doing it now. I like that there are more people interested in becoming makers because obviously, it's something I love to do. The work being created these days is of a far more artistic bent which is great to see".

To view any of Jim's past or future work please visit: