Uillinn Dance Season is about to begin - which from my experience working at Uillinn the last two years - covers the finest selection of dance performances you are likely to see, not only in the county but the country. In preparation for the upcoming performances, I spoke to the choreographer, Liz Roche, who will be bringing us the opening event in the main gallery. 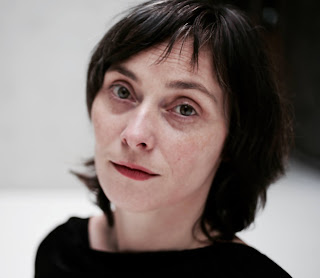 Liz was born and raised in Dublin. Her Cork connections come from her father's family, who are from Cork City, with her grandparents living in West Cork for the last 10 years of their lives. Passionate about dance from a young age, Liz left school at 15 and like most young people wanting to be dancers in Ireland, left and went to train in London. After completing her training, Liz worked as a contemporary dancer in Ireland, throughout Europe, the UK, and for choreographers from the United States.

During this period, Liz created her own dance company, Rex Levitates Dance Company, with her sister Jenny, who is also a dancer. During the company's beginnings, Liz continued gaining experience by working in theatre and opera productions. Over time, her sister pursued a more academic route so Liz became Artistic Director, and the company became Liz Roche Company.

Ever since the company has been producing one large and one smaller-scale work each year. This work typically tours Ireland and Europe. Aside from their performances, Liz's company also does community outreach projects, developmental programmes and much more besides. Liz's goal is to 'connect with people and audiences to develop and raise awareness of dance'. In 2020, she was rewarded for this work when her peers nominated her as a member of Aosdána, one of Ireland's highest artistic achievements.

Fast forward to today and Liz has completed her latest body of work 'Dēmos - films of separation and togetherness with composer David Coonan and filmmaker Josē Miguel Jiménez. Dēmos refers to the Greek word meaning democracy.

In development since 2019, the piece was originally planned as a performance piece for a large stage with many dancers involved but those plans fell through once Covid-19 hit. Liz then evolved the work and made it into a film with that film currently touring.

The film director is José Miguel Jiménez. Liz has known José for many years, describing him as 'a creative person who knows dance very well'. 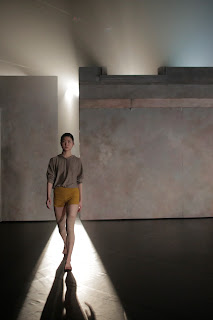 Soon Dēmos - films of separation and togetherness will reach Uillinn, where it will be transformed from a film set in a theatre into an installation piece in a gallery space with projection and live performances. These performances will be by cellist Kate Ellis and dancers Emily Terndrup, Luke Murphy and Yumi Lee, with composition by David Coonan, recorded and performed by new music specialists Crash Ensemble.

Liz described the work as having themes of 'separation and togetherness' and what those words mean as they relate to us in today's society. As the performances were initially created for a big stage, they have an epic quality to them but throughout the process, Liz has moulded the performances to become more 'gentle, grounded, and intimate'. Liz added that 'Life is often so dynamic so it is nice to be able to make something that shows the softer, more intimate side of life'. 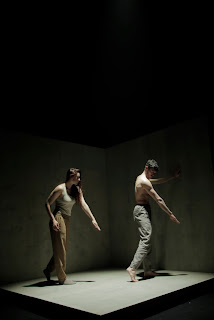 If you're like me, you might not have much knowledge or understanding of contemporary dance. It may seem too vague and hard to pin down. During my time at Uillinn I've learned to not look at contemporary dance too literally. I would watch these performances and I'd be racking my brain as to what they were supposed to mean or what the performance was trying to get across. As soon as I quietened the analytical side of my mind, I found myself appreciating the movements and music for their own merit. Dance is so unique, present and alive that sometimes you just need to let it happen to you. Liz hopes that more people can give contemporary dance a chance because it is such a rewarding experience.

Liz aims to make the piece as accessible as possible to as many people as possible so if you want to get this rare opportunity to see Liz's new work in Skibbereen, please visit Uillinn West Cork Art Centre on October 22nd. For more information please visit: https://www.westcorkartscentre.com/uillinn-dance-season-2021-liz-roche-dance-company

Posted by Gavin Buckley at 13:38 No comments: