Sounds of Hope and Happiness

During the most stringent part of the lockdown, the world outside went quiet. I live in Skibbereen town and the normal noise of the hustle and bustle of everyday life became muted and reserved. The only sound I heard consistently each passing day was the singing of birds. Each morning, their voices rose with the sun. It was an encouraging sound that reminded me that the world hasn't stopped spinning just yet. In their music, there was hope. Far from Skibbereen and over to Italy, the citizens of the city of Florence were waking up to yet another day in lockdown. Italy has been hit hard by Covid-19 so you can imagine many days are grim and mournful. Yet on this one day last March, Florence arose to the sound of music outside. Rolling and reverberating through the empty streets came the beautiful lyrics of 'Nessun Dorma'. The sound was coming from Tenor Maurizio Marchini, who on that morning had decided to use his talent to sing from his home balcony and break through the silence with a song of hopeful beauty. Articles about this soon spread across the internet, fostering inspiration and generating smiles for thousands of people across the globe. Just some of those people were Arts for Health artists Tess Leak and Sharon Whooley.

Tess and Sharon are no strangers to inspiring hope and happiness in others. They were already hard at work setting up their ‘Museum of Song’ postal project. Planned to take place over six weeks, Tess and Sharon sent packages full of poetry and song to participants in Dunmanway, Schull and Skibbereen Community Hospitals.  With each package, the artists presented a theme for consideration and an invitation for participants to respond. These themes included songs about Spring, mountains, rivers and many other inspiring themes. Tess and Sharon would then research relevant songs and poetry within these themes and then present them back to the participants. For example, on the third week of their project, the residents of Skibbereen Community Hospital expressed their fondness for the song 'The Rose of Mooncoin' which steered Tess and Sharon into making the theme of week three all about flowers. They set upon assembling a package for the participants that included a postcard called ‘The Language of Flowers’ which showed the different meanings behind them such as Daisy for ‘Attachment’, Yellow Rose for ‘Contentment’ and Nettle for ‘Defiance.’ They also included the words to the song ‘Red is the Rose’ for participants to learn if they wished. You can imagine the delight of the people receiving these packages and the creativity and conversation it would invoke in the hospital. 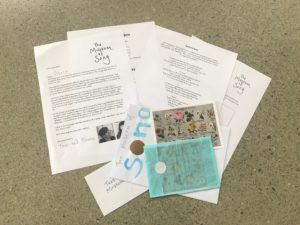 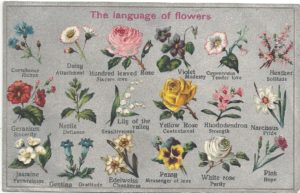 Further into the project is where Tess and Sharon used their inspiration from the Italian balcony opera singer. They decided to incorporate an aspect of outdoor live music. Tess and Sharon enlisted the talents of West Cork based opera singer Camilla Griehsel to deliver a series of performances for the residents and the staff too, outside the Community Hospitals in West Cork. Camilla is an incredible singer, who had teamed up with the Arts for Health team many times before to perform for residents all over West Cork. Beginning in her home village of Schull and continuing across West Cork to Bantry, Skibbereen, Dunmanway and Castletownbere, Camilla performed specially chosen songs gathered by Tess.

'We had a beautiful session with Camilla and Tess on Friday.' described the Director of Nursing at Schull Community Hospital, Roisín Walsh. 'The residents were thrilled with the occasion. They emerged into the sunlight uncertain and very quiet you could hear a pin drop. When the music started and Camilla sang that first beautiful haunting song I looked at their faces and they were so focused on her there was a sense of a new beginning almost. When she began singing all the voices began to join in and so it went. They did not want the afternoon to end. A very emotional experience for those of us who were fortunate to have been in attendance.' 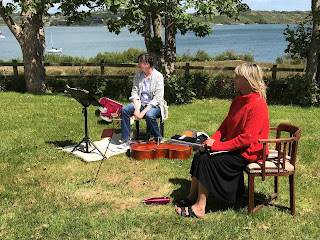 The work of the Arts for Health team has brought the importance of music closer to home for me. It is comforting to see people come together to create something that gives hope and inspiration to others. The Arts for Health team has been doing this type of work long before the lockdown began and will hopefully continue to do so into a future made brighter by their contribution to it.

To read more about the ‘Museum of Song’ project, please visit: https://artsforhealthwestcork.com/museum-of-song-postal-project/