I had two goals on Sunday: getting a look at the memorial for Catharine Montour of the Seneca Nation on the Catharine Valley Trail and 2) Finding and identifying a White Pine Tree.

The first goal was easy to achieve. The second would require some help.  I found some tall, straight "pine-looking" trees, but my app informed me they were "blue spruce," and still others, "Norway spruce."   Again and again. 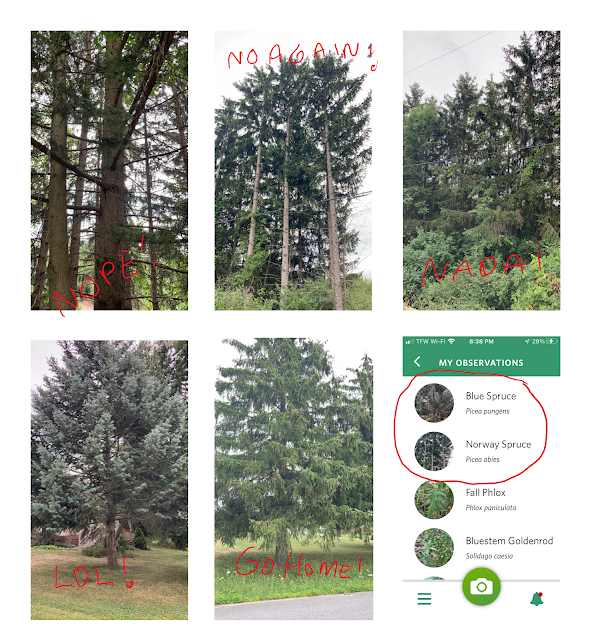 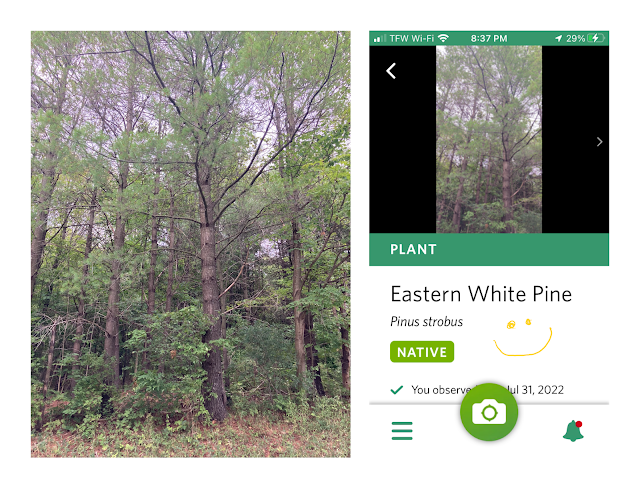 Locating an Eastern White Pine tree filled me with the same joy as seeing an owl or a bear or a scarlet tanager (as I saw on the Catharine Valley Trail a few hours earlier during the bike ride!).
I was so excited because the white pine tree was - and is - a big star among trees for VERY different reasons for 19th century lumbermen vs. the Haudenosaunee.
White Pine Trees were prized by the timber industry in the 19th century because they grew tall and straight. Their lumber was excellent for shipbuilding - the masts and spars of ships in particular.  The trees were in such demand, they even caused a riot.

Perhaps it is easy to see why "Penn's Woods" became the Pennsylvania desert in a matter of decades.
To the Haudenosaunee the white pine was - and is - valuable for quite another reason:

Great Tree of Peace: The white pine tree was the tree chosen by the Peacemaker as a symbol of the unity of the nations of the Haudenosaunee confederacy. Its needles which always grow in clusters of five are symbolic of the uniting of the nations. The white pine also has broad branches that can provide shelter and it is beneath the tree that the Peacemaker asked the Chiefs to join him.

This reverence for wild beings - plant and animal - may explain why the forests on "Turtle Island" - along with all the beings that inhabited them - persevered for millennia.
The trees I saw and recorded in the video below have not yet had the chance to reach heights and girths of old growth forests, but they surely have potential...

Tree of Peace: The Iroquois Legend of the Eastern White Pine – NELMA

Tree of Peace: The Iroquois Legend of the Eastern White Pine – NELMA